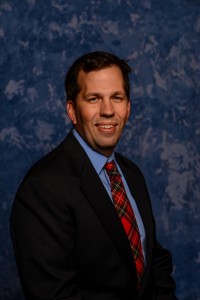 When an apparent tire failure occurs, it is logical to hire an expert to understand and decipher the mechanism of how and why the tire failed. Many times a tire failure results in a vehicle accident, and claims professionals frequently believe that hiring a well experienced vehicle accident reconstructionist will provide a “catch all” expert with an understanding all of the potential defects hidden within the tire. However, while most reconstructionists do have a basic knowledge of tires, many haven’t been trained in the manufacturing process that would allow them to identify key pieces of evidence that can tell the rest of the story. Some defects are very obvious, and the cause of the tire failure may be obvious, such as in the case of road hazards, misuse or abuse. However, a tire expert with manufacturing experience will be familiar with the design of the tire and the subtle indications of design and manufacturing issues, such as: adhesion issues between the various laminate components with in a tire, belt placement, foreign materials, tire aging, etc., many of which are less than obvious.   Further, an expert familiar with the manufacturing process and the successful subrogation will know to obtain the other companion tires on the vehicle for examination and/or testing. By using specialized equipment, it may be possible to demonstrate that the same type of defect was present within the companion tires, and that they contain the same defect as the subject tire.   If this can be demonstrated, then the case becomes much stronger.   Instead of one defective tire, now you have 2 or more tires showing the same abnormality.

A case in point involves a tire blow out resulting in several injuries where only photos of the vehicle were available. Five total occupants were traveling down the interstate in a pickup truck. The driver reports that he had a tire blow out, lost control of the vehicle, and it veered off of the road into a tree. All were injured, but three of the passengers sustained critical injuries and sued the driver. A reconstructionist had been hired by the plaintiffs and had opined that the driver had hit something in the road. He believed that this caused the right front tire to blow out and caused the truck to lose control and go off the roadway.

The claims professional defending the driver decided to explore the possibility of a tire defect and selected an accident reconstructionist who was a professional engineer (P.E.) but also an expert in the tire manufacturing process – Brian A. Darr, P.E., a tire expert at U.S. Forensic who had worked for a major world tire supplier in their R&D and manufacturing division for 6 years and later as a tire project lead engineer for an automotive OEM (Honda R&D North America).

The driver was adamant that nothing was hit and that the tire just blew out. Through reviewing testimony, Mr. Darr learned that the pickup reportedly started to have a small vibration and accompanying strange noise as the truck was driven down the interstate at night. The vibration and noise continued and steadily became greater. None of the passengers knew what was wrong with the truck. At one point, the driver stopped the truck along the interstate.   Everyone got out and inspected the truck to see if they could find anything wrong.   Nothing was found. However since it was night time, it was difficult to see. It was deemed that they would travel to the next exit (approximately 10 miles away) and stop there to have a better look at the pickup. They continued on their way, however, unfortunately they never made it to the exit. The tire failure occurred along with the resulting collision.

Because the tire was not available for inspection, Mr. Darr reviewed all of the documents, testimony, available photographs, and witness statements. Because of his expertise in tire failures, he was able to identify key information included in the documentation that pointed to a clear tread and outer belt separation along with an underlying defect in the tire. This was the proximate cause of the tire failure. This was not discovered by the other accident reconstructionist, which did not have the tire manufacturing experience and had only a reconstructionist’s collateral education in tire failures. As mentioned, the occupants reported hearing a strange noise, pulled over and inspected the vehicle and tires, and saw nothing out of the ordinary. By their description of the event, when it occurred, and the details of the accident, Darr, who was familiar with the manufacturing process, was able to explain how the events that took place were consistent with a tire experiencing a tread and outer belt separation. Once the separation occurred to the right front tire, it caused the vehicle to pull to the right off the roadway and ultimately lose control.

In this example, the opposing expert mistakenly stated that the right front tire failed from misuse and abuse and striking a road hazard. However, it was shown that the tire actually had a tread and outer belt separation caused by internal defects.  This was a costly oversight which illustrates the importance of hiring the appropriate tire expert.  Further, successful subrogation against a tire manufacturer will involve opposing testimony from the tire manufacturer’s expert, who invariably will have tire design and manufacturing experience to a much greater degree than your average vehicle accident reconstructionist.

“Visiting manufacturing plants all over the world for quality control purposes and looking for potential errors in the manufacturing process has been extremely valuable for me,” said Darr. “My eyes are trained to pick up on those nuances and small details that most reconstructionists would miss because they wouldn’t know to look for them. These details are extremely important in building a case.”

Below are two examples of defects (tire belt and tread) that require a tire expert to recognize and defend: 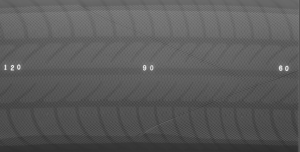 X-ray of companion tire that had belt defects and internal separations similar to subject tire. 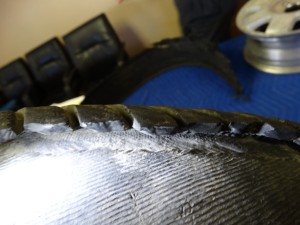 A failed tire with the tread and outer belt separated that has a manufacturing defect present.

Even if you have a simple tire failure case, being able to qualify in court as a true tire failure expert is essential. Mr. Darr states, “I’ve worked cases where an initial tire evaluation was performed by the person who did the reconstruction. They had no training or experience specific to tires, much less the manufacturing processes. The result was that they provided their best guess. Unfortunately for the client, even a ‘right’ guess can be detrimental to subrogation if litigation ensues, since the general accident reconstructionist typically does not have the reference data to backup and support their opinions. Without this they will not be prepared for Daubert challenges and could be disqualified when it comes to tire expertise,” says Darr, who has been qualified in Federal court as a tire expert. “Depending on the availability of the evidence and feasibility of a re-inspection, it may be difficult for a client to move forward with a case in these instances, even with clear evidence of a manufacturing defect.”

U.S. Forensic attributes it's growth to its staff.  The firm has recruited (and kept) good people with some of the best minds in their respective … END_OF_DOCUMENT_TOKEN_TO_BE_REPLACED