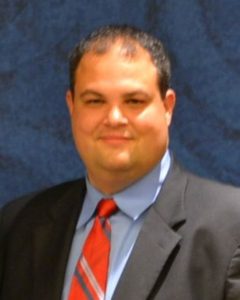 U.S. Forensic was retained to examine a 2011 Nissan Frontier truck to determine the origin and cause of a fire. The vehicle was inspected by Matthew A. Guffey, IAAI-CFI.

The morning of the fire, the owner, her daughter, and son-in-law traveled to a restaurant to eat lunch. They arrived at approximately 11:30 a.m. and left at approximately 1:30 p.m.  Afterward, she traveled approximately an hour to work.  At no time during the day did they stop to fuel the vehicle, nor were there any ignitable liquids transported or stored inside the passenger’s compartment.  After being dropped off at work, the owner allowed her daughter to take the vehicle home. The owner later received a call indicating the vehicle had caught fire. The owner said that she did not know of anything in the vehicle that would have caused a fire, and the vehicle was in good working condition with the exception of the engine.

The daughter reported that after dropping her mother off at work, they decided to take the truck to a State Park to listen to the radio and enjoy the weather.  She estimated they arrived at the park at 3:55 p.m. She rolled down the windows of the vehicle and turned the key in the ignition backwards so the radio would play. She said they were outside of the vehicle talking for 20 minutes when she observed smoke coming from the truck. The smoke was coming from the center of the dash area, near the passenger’s side of the radio. She quickly reached into the truck and grabbed her purse from the passenger’s seat.  The son-in-law said he attempted to reach into the passenger’s side window and extinguish the fire, but it singed the hair on his right arm. They reported that they were smokers, and they carried lighters with them. They never smoked in the vehicle because this was not allowed by owner.

A review of the County Fire Marshal’s fire report and communications report found the fire department was dispatched at 4:23 p.m. and the first unit arrived at 4:52 p.m. The report listed the cause of the fire as undetermined. 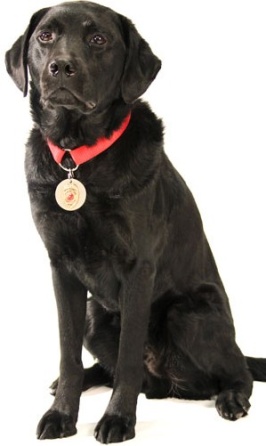 The vehicle was reportedly not running at the time of the fire, which would have eliminated the vast majority of the electrical sources. The occupants stated the only item on at the time of the fire was the radio. The radio was examined, but there was no electrical activity located on the wiring. In the area of origin there was heavy melting of copper wiring, but there did not appear to be a fuel load sufficient to create the melting. During the site inspection, an accelerant detection canine alerted in the center of the cab, and fire debris samples were taken for laboratory analysis. One sample taken between the 2 front seats was positive for gasoline. Gasoline present in the cab would have produced a sufficient fuel load to melt the copper wiring.

The expert opined that the most probable cause of the fire was an open flame being introduced to the gasoline that was placed inside the passenger compartment.  Based on information obtained and considered to date, U.S. Forensic has determined the cause of the fire to be incendiary per the National Fire Protection Association NFPA 921 guidelines. 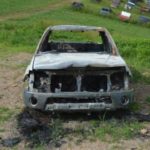 View of front of subject vehicle

View of the passenger’s side of the vehicle 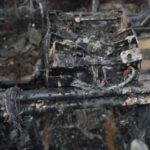 View of the rear of the radio. No electrical arcing was observed on the wiring going to the radio 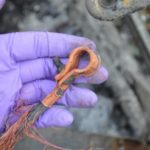 View of 1 of the battery terminals. No electrical arcing was observed on the cables. 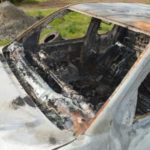 View of the front windshield. Notice the lower portion of the windshield was still present

View of the passenger’s side door. The window was found in the down position

View of the passenger’s compartment. The carpeting in the center of the vehicle was consumed, but the driver’s and passenger’s floorboard carpet was still present. 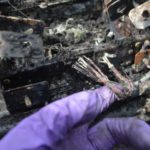 View of the wiring connections at the rear of the radio. There did not appear to be any electrical activity present on the wires.

View of evidence sample 1 taken from the front passenger’s seat floor board.

On October 23rd, The Times-Picayune and The New Orleans Advocate published an article highlighting the U.S. Forensic organization and why it was … END_OF_DOCUMENT_TOKEN_TO_BE_REPLACED

Engineering Career Opportunities in Louisiana U.S. Forensic, a forensic engineering firm providing services throughout the U.S., has full-time and … END_OF_DOCUMENT_TOKEN_TO_BE_REPLACED