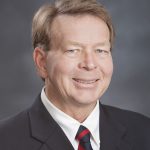 U.S. Forensic was asked to perform a wind damage assessment of a building designed by John Lloyd Wright, son of famed architect Frank Lloyd Wright.  The specific damage reported was to copper roof covering and copper trim, and windows and exterior stucco.  Our engineer, Joe Czajka, P.E. was asked to determine the cause and extent of the reported conditions, specifically, to determine whether replacement will cause damage to the stucco, and whether the windows will have to be removed and replaced to install the replacement copper roof covering and copper trim.

John Lloyd Wright was the son of renowned American architect, Frank Lloyd Wright.  John had the same love for architecture that his father did, but he had his own creative ideas.  This along with financial disagreements created a strained relationship.  John apprenticed under Otto Wagner, an Austrian architect who had a school of modern architecture in Vienna.  In 1913, John returned to his father’s office in Chicago and worked on several projects under his father’s direction.  Though he learned a great deal under his father’s direction, there were issues related to money.  Frank refused to pay his son a salary forcing John to live on sporadic handouts.  The split between the two occurred while working on a commissioned project in Japan.  In his book, My Father, Frank Lloyd Wright, John wrote, “I worked all the next day and night to complete the sketches for the layout Dad had left with me delivered them to the Viscount the next day and collected two thousand dollars on account. After deducting twelve hundred dollars for salary due me, I cabled the remaining eight hundred to Dad.  The next day I received a cable: ‘you’re fired! 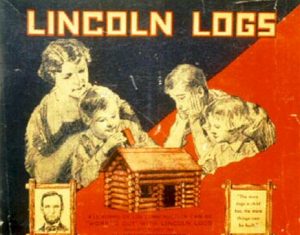 Take the next ship home…”

Even though John believed his father may take him back after a sincere apology, he decided to go out on his own.  In addition to architecture, he began to pursue a career designing toys. His most successful toy by far, was his log cabin construction set, Lincoln Logs.  They were launched in 1918, and the product marketed today is essentially the same as his original design.

The residence was constructed in 1934.   The building was listed in the National Register of Historic Places in 2014.  The owner of the home described that copper panels were removed from the west slope of the roof by wind a year prior on October 31, 2019.  The residence was a 5-story structure, and the exterior walls were steel-frame construction. The overall dimensions of the building were 48 feet by 29 feet, with the longer dimension oriented in the north-south direction. The exterior walls of the residence were covered with exterior Portland cement plaster (stucco), and the hipped roof was covered with standing seam copper panels.

Mr. Czajka observed 2 brick planters on the east side of the building, on the third and fifth floors, contiguous with the chimney brick construction. The wall sides of the planter trim also functioned as stucco stops.  There were copper coping caps on short walls on the south side of the driveway, around the fifth floor balcony, and the fourth floor exterior walkway on the north side of the building. A portion of the fifth floor balcony coping was removed as part of an on-going project to replace the balcony membrane. The vertical legs of these coping caps functioned as stucco stops, and the stucco finish would be partially removed to accommodate copper trim replacement. 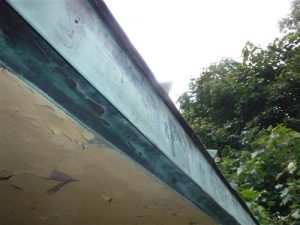 View of a roof eave. Note the facia trim was hemmed to the soffit trim. 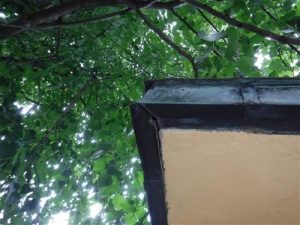 View of a section of displaced fascia and soffit trim. Note the stucco was installed to the trim resulting in a rough edge. 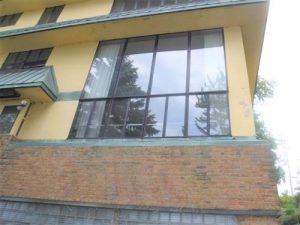 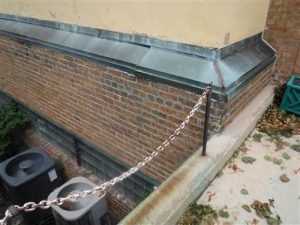 View of vertical wall trim, similar to the heads of all mansard roofs. Note the stucco was installed to the top counterflashing. 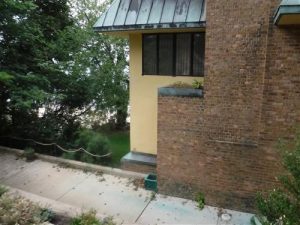 View of a planter box trim on the east side. Note the planter trim was a stucco stop at the wall. 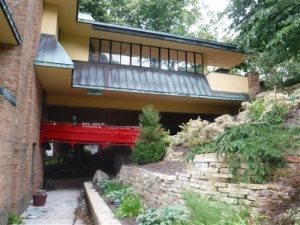 View of the copper valance light on the west side of the driveway. Note the valance was attached to the stucco finish. 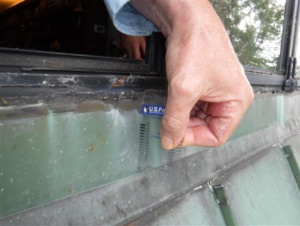 View of the horizontal band trim at a window sill, exemplar. Note the caulk joint between the casement sill and the trim. 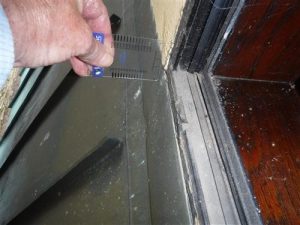 View of another window detail. Note the copper trim and the window functioned as stucco stops. 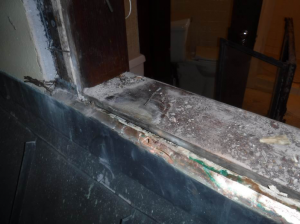 View of the counterflashing below the sill of the removed window. Note the fastener penetrated the horizontal leg.

On October 23rd, The Times-Picayune and The New Orleans Advocate published an article highlighting the U.S. Forensic organization and why it was … END_OF_DOCUMENT_TOKEN_TO_BE_REPLACED