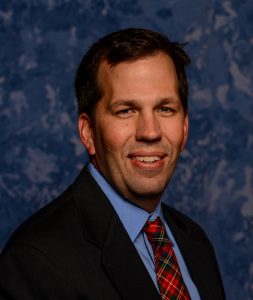 U.S. Forensic was retained to conduct an analysis on an aircraft tire that failed during takeoff. The airline requested that an investigation be conducted to determine the cause of the tire failure. Brian Darr, P.E., tire expert, was assigned to conduct a tire failure analysis.

Mr. Darr is a graduate of Ohio State University with a Bachelor of Science Degree in Mechanical Engineering. He has education, training, and experience in design, development, testing, and evaluation of mechanical systems. He has extensive experience in the manufacturing and testing of tires. To learn more about Mr. Darr and tire analysis services, visit our Tire Expert page or go to tireexpert.com.

In early July of 2021, a left front nose tire failure occurred on an Embraer 190/195 aircraft as it was taking off down the runway. According to a representative from the airline, the subject tire was mounted to the wheel three days prior to its installation on the aircraft by company personnel. At the same time of its assembly, the tire and wheel were inflated with nitrogen to 141 pounds per square inch, which fit the parameters of the tire manufacturers 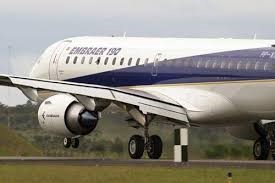 recommended pressure and was in line with the aircraft maintenance manuals specified pressure rating of the front nose tire while the aircraft is grounded. 24 hours after assembly, the pressure was again checked and the tire and wheel assembly was cleared for use. Upon installation on the day of the incident, tire pressures were checked and recorded at 141 pounds per square inch. The ambient temperature was 77 degrees Fahrenheit. The subject tire had completed five cycles on the aircraft and was beginning a sixth cycle during takeoff when the tire failure occurred.

A photograph was provided from the day of the incident after the failure occurred showing that the tire and wheel assembly were still mounted to the aircraft. The tire had a center section of the tread missing and was still inflated. Upon examining the tire, the manufacturer name and serial number were obtained, along with the date and location of its production. It was also determined that the tire had been retreaded once. The company name, location and date of the retread was also indicated by markings on the tire. 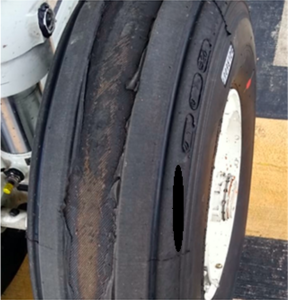 View of the left nose subject tire and wheel assembly after the tread separation occurred. The tire was still installed on the aircraft and inflated. 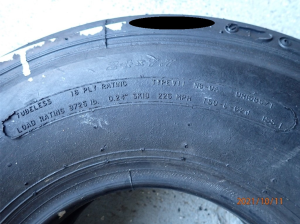 It was determined that the subject tire was approximately 2.5 years old at the time of the failure and the retread was approximately 1.5 years old. It was also noted that the tread separation occurred near the tread splice of the retread. By design, the tire had five circumferential ribs and 4 circumferential tread grooves. The tread vents were only worn off in the center rib. No apparent damage was present to either sidewall of the tire. Also observed on the tread edge adjacent to the exposed carcass was an irregular bulging shape in the tread. The edge of the tread was able to be lifted relative to the carcass of the tire.

The tire was the correct size with the correct load rating and within the proper inflation specification for the Embraer 190/195 aircraft per the tire manufacturer part reference guide. The tread separation occurred near the tread splice of the retread and was mostly between the tread rubber and the bias ply carcass and partially between the tread rubber and the ground carcass retread surface. 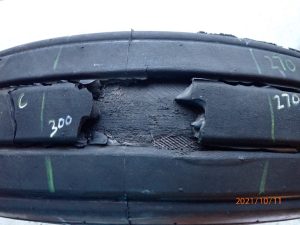 View of tread fragment C matched up to the tire along with the missing fragment and the bulged area adjacent to fragment B. 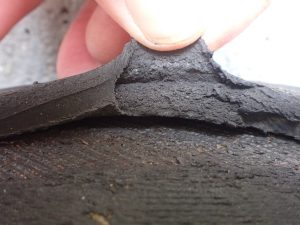 Close view of the bulge with porosity and improperly mixed rubber.

A lack of adhesion was observed in areas adjacent to the separated tread between the carcass and the tread rubber. The subject tire rubber had an area with irregular texture that was consistent with improperly mixed rubber. This was a manufacturing defect in the retread applied to the tire. The improperly mixed rubber area was present adjacent to the area of the tread separation and the missing tread fragment. 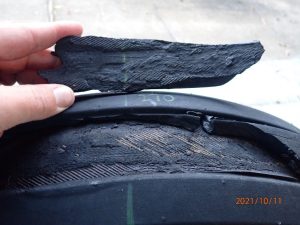 Closer view of the underside of tread fragment B adjacent to the area it separated from the tire. 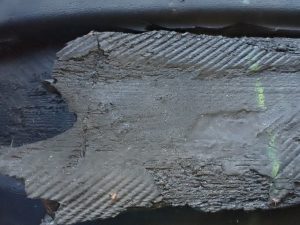 Closer view of the underside of tread fragment B with perpendicular line which was likely the tread splice. 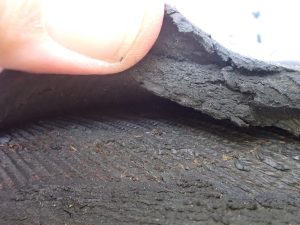 Closer view of the low or no adhesion between the tread and the carcass of the tire.

On October 23rd, The Times-Picayune and The New Orleans Advocate published an article highlighting the U.S. Forensic organization and why it was … END_OF_DOCUMENT_TOKEN_TO_BE_REPLACED

Engineering Career Opportunities in Louisiana U.S. Forensic, a forensic engineering firm providing services throughout the U.S., has full-time and … END_OF_DOCUMENT_TOKEN_TO_BE_REPLACED