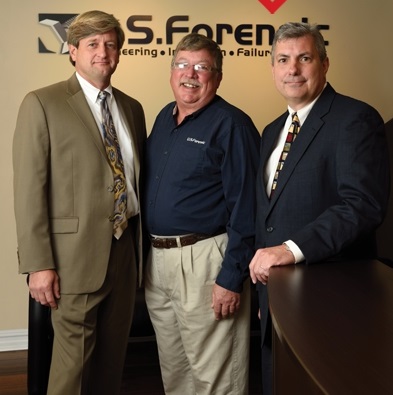 In 2006 in New Orleans, Louisiana, three engineers and a businessman shared a vision. Equipped with knowledge, determination and courage, they set out to build a forensic engineering company. Their goal was to hire good people who were the best in their respective fields. Today, U.S. Forensic serves our clients from 60 locations across the country.

Fifteen years ago, I was a 51-year-old engineer that lost all of my belongings a year earlier in Katrina. I decided to risk unemployment to chase a dream. After pitching the idea of forming a new company to a colleague and inviting another engineer to join us, we set out on an unknown path. That path led to success that this mature engineer had only dreamed about.”

Mr. DeHarde explained that along the way great people joined the team and continued to raise the bar, enhancing U.S. Forensic’s reputation and growth. The result is a successful company of great people, all working together.

“We had an office, a $5000 phone system and no furniture. So we would sit on the floor next to the phone,” Bill Janowsky, P.E and principal engineer explained. He recalled those first assignments – and because there were only a handful – much of the conversations surrounded those jobs.

“Mike’s first case was a heavy equipment case involving a vibratory hammer. It seemed as though every conversation ended with, ‘I’ve got to work on the vibratory hammer,’” Mr. Jankowsky said, laughing. “We were happy when that report went out.” 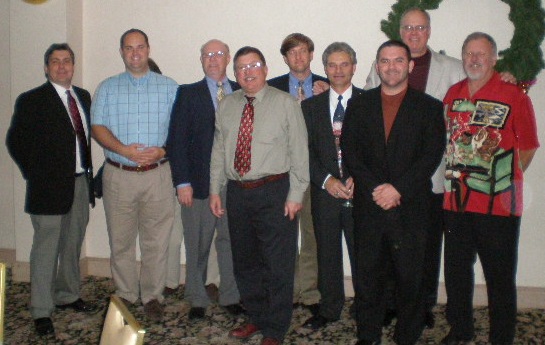 Over the years, U.S. Forensic has worked on notable cases. For the engineers who were also football fans, they had the opportunity to evaluate LSU’s indoor training facility and the University of Texas’ football stadium locker room equipment. Other local projects included the Saenger Theatre, the Sunshine Bridge, and the home of a celebrated football coach. The music studio of a well-known rapper was a memorable project. The team has also worked on more sobering assignments including tragic building collapses at home and in other states.

While the professionalism has always remained the same, U.S. Forensic has adapted its know-how and equipment to provide the most up-to-date accurate reports to clients. When the company started, accident reconstructionists would use total stations to measure and document accident scenes. Now, experts use a 3-D laser scanner and drones to capture 3-D images allowing them to assess the scene from any angle and produce a high-quality video animation that can be used in the courtroom.

The structural division has experienced the evolution of technology as well. The cost of an infrared camera used to determine hidden moisture concerns was almost $15,000 when U.S. Forensic got its start. Now, you can obtain the same or better technology for $200.

All along the way, the company has managed to support its employees and the community and have some fun as well.

In 2013 & 2017, U.S. Forensic proudly sponsored Toyota Camry #44 in the NASCAR Nationwide Series after  former USF engineer Hal Martin decided to take a risk and pursue his dream of racing. His old colleagues were happy to cheer him on, and the company sponsored Mr. Martin when he was driving in the NASCAR circuit and then again when he owned his own racing company. 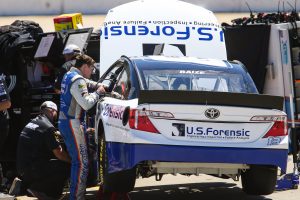 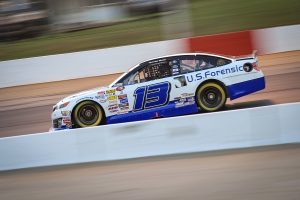 Ours has been a story of people and progress, of laughter and tears (literally), and of success and (some minor) failures. When looking back on it all, I am extremely proud of who we have become as a company.   Because of our clients’ willingness to give us a shot, stick with us when faced with many options, reach out to us when they had a question or concern and stand by us through the years, we are here.”

U.S. Forensic continues to listen to clients and develop in ways to meet their needs. Here are some highlights of our 15 years together:

Mr. Bell explained, “While this list is not all inclusive, it does demonstrate how things progressed and how we expect they might continue to progress with the same values. Thank you to all of the employees, clients, and colleagues that have made U.S. Forensic possible.”

On October 23rd, The Times-Picayune and The New Orleans Advocate published an article highlighting the U.S. Forensic organization and why it was … END_OF_DOCUMENT_TOKEN_TO_BE_REPLACED

Engineering Career Opportunities in Louisiana U.S. Forensic, a forensic engineering firm providing services throughout the U.S., has full-time and … END_OF_DOCUMENT_TOKEN_TO_BE_REPLACED