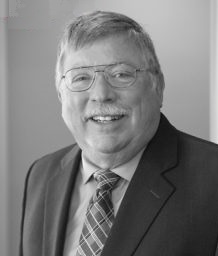 U.S. Forensic conducted a crane failure evaluation.  We were asked to inspect an American 5300 crawler crane.  When the crane released a load, it caused the main boom to “whiplash.” The whiplash effect reportedly caused damage to the heel and tip sections of the main boom. The crawler crane was operating on pontoon barges located at an environmental research station.  U.S. Forensic was retained by a dredging company to evaluate the damage to the boom and to determine the cause of the reported damages. Mr. Michael DeHarde, P.E. was the lead engineer on this project.  Mr. DeHarde is a graduate of the University of New Orleans with a Bachelor of Science Degree in Engineering Sciences, Mechanical Engineering Option.  He is licensed in 15 states.

The American 5300 crawler crane was installing sheet piling and battered H-piles for a new bulkhead and dock for a university research center. It was reported that the crane had finished with pile driving for the day and the pile hammer and leads were elevated above the deck of the barge when the brake released the hoist drum and hammer with the leads dropping to the deck 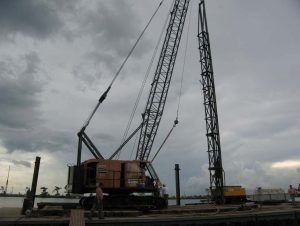 of the barge. Upon release, the crawler crane main boom “whiplashed” and caused the main boom to impact the lifting padeyes at the base of the boom above the heel pins. The boom also reportedly impacted the top of the leads which reportedly caused a dent in the bottom angular chord of the main boom.  According to the dredging company, this was the third incident involving the sudden release of the brake holding the hoist drums. 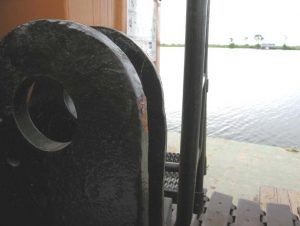 View of the padeyes above heel pin on superstructure. 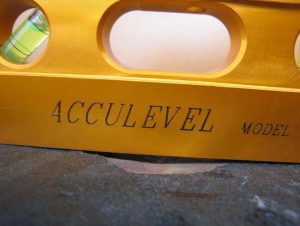 View of the dents on heel section. 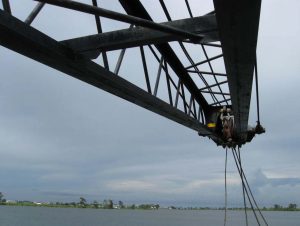 View of the underside of tip section. 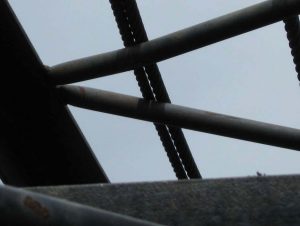 On the tip section of the main boom, the engineers observed that the number 7 diagonal lacing (from head of the tip) on the top panel had a 0.50 inch maximum bend located 6 inches from the chord edge. The length of the bend was 21 inches long. On the bottom panel of the tip section, there were two dents, one in each of the bottom angular chords. The dents were 62 inches to 67 inches from the head assembly of the tip and each were 4 inches to 8 inches long. The dents were 0.50 inches deep each. 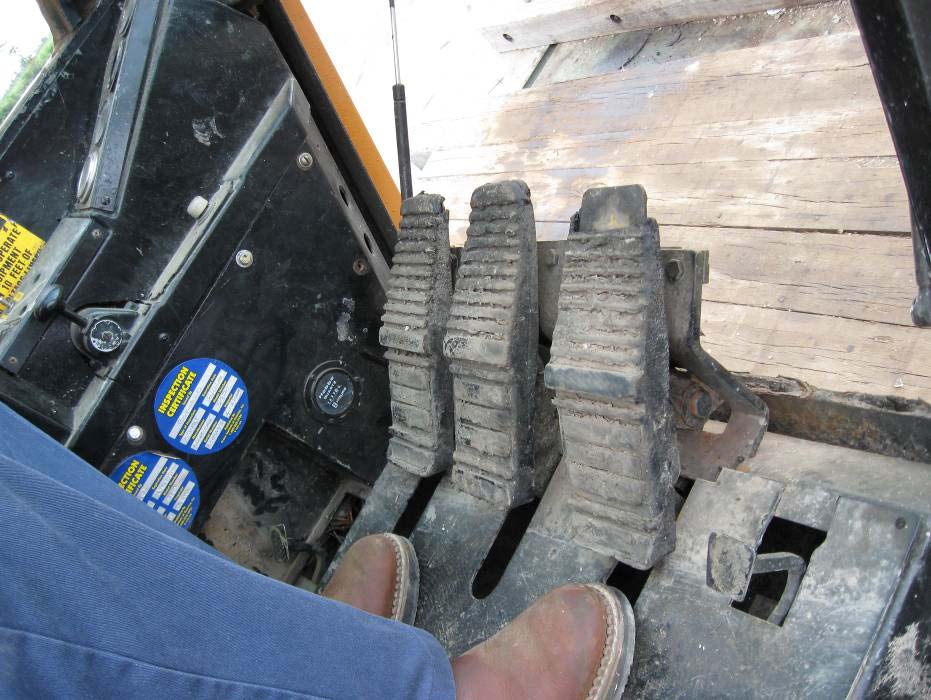 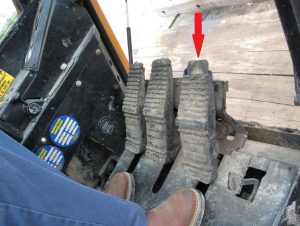 View of foot pedals looking from inside of operators cab. Notice the extreme wear to the top of the right brake pedal pad. 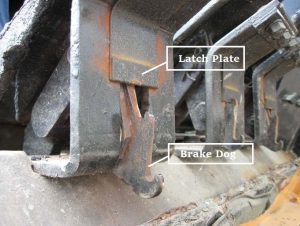 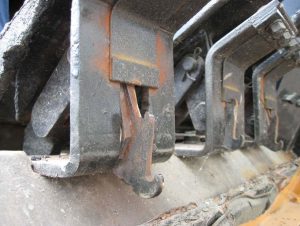 The brake pedals in the near ground and foreground are restrained by the air operated airing brake. The brake pedal in the center is mechanically latched. 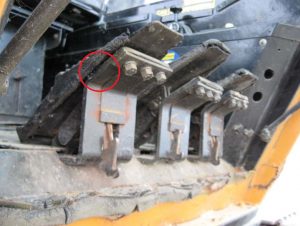 View of foot pedals looking into cab from front of crane. Circle is drawn around area of sticky substance. 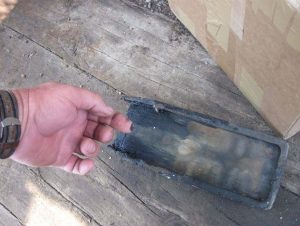 The sticky substance on the back and sides of the brake pad. 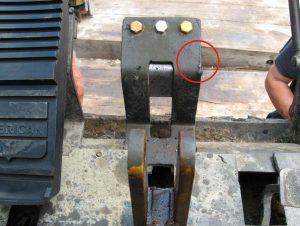 The brake pedal was removed by the mechanic to make the repairs. The sticky substance on the latch plate bracket is within the circle. 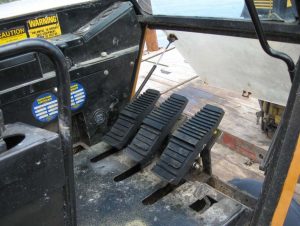 The new brake pads after repairs were made. 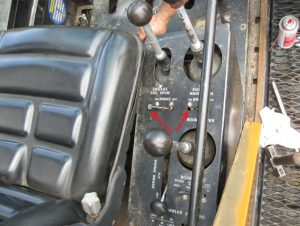 The operator console with the brake valves. The auxiliary drum on the left and the main right and the right. 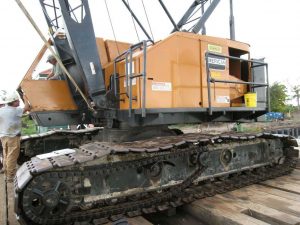 The evidence on the boom was consistent with the accounts of the event.  The main boom “whiplashed” backward causing the heel section to contact padeyes at the base of the boom. The momentum of the impact caused the concave impressions in the top chords of the heel section of the boom.  This resulted in structural damage to the main boom. The whiplash occurred when a heavy load on the boom was suddenly released. The sudden release of the load was consistent with the release of the drum brake that occurred when the pedal brake did not engage when the air brake valve was released. As a result of the malfunctioning brake pedal actuation a sudden release of the main drum brake allowed the wire rope to play out causing a drop of the load and sudden unloading of the boom. The sudden unloading of the boom caused the boom to impact the top of the leads which dented the bottom chord of the tip section and other damage observed.

1. The physical evidence observed on the American 5300 crawler crane indicated that the main boom “whiplashed” backward causing the heel section to contact padeyes behind the heel section of the boom. The whiplash of the boom was caused by a sudden release of the load of the pile driving hammer and leads.

3. The conditions on the crane and the repeated malfunctioning of the foot pedal indicated that the faulty operation of the pedal was an ongoing problem at the work site.

For more information about crane failure evaluations and other equipment failures, visit our heavy equipment page.  For a complete line of forensic services.

On October 23rd, The Times-Picayune and The New Orleans Advocate published an article highlighting the U.S. Forensic organization and why it was … END_OF_DOCUMENT_TOKEN_TO_BE_REPLACED