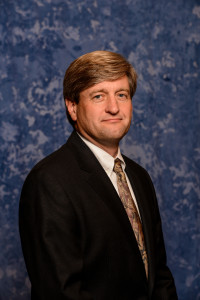 Wind forces typically cause damage to features located at the higher elevations of buildings such as roof coverings and have progressively less effect upon the lower portions of structures such as walls, floors and foundations.  The maximum wind gust speeds in the area during the passage of Hurricane Isaac were reported to be approximately 90 mph.  The limited damage to the roof coverings of the building was consistent with the noted wind speeds but no broken windows or damaged building framing was observed and winds of this magnitude would not be expected to cause damage to the structure, walls, or foundation of a properly constructed and maintained building.  No evidence of any shifting, movement, deflection, or damage to the framing members or foundation components was observed at the property.  The physical evidence observed at the site indicated that the subject building was not structurally damaged by wind pressures that affected the property during the passage of Hurricane Isaac.

Within the interior of the building, Mr. Janowsky observed stains and displaced joint tape on the ceiling in one of the rooms in the church building.  Damage was observed to the roof above the noted room where there was an uncovered opening  from a displaced PVC vent line.   The damage was consistent with exposure to moisture and was attributed to rainwater that entered the interior of the building through the damaged roof coverings and the displaced vent line flashing during and after the passage of Hurricane Isaac.

Within the central portion of the building, an isolated area of sagging paint was present on the wall directly beneath the duct race for the air conditioning system.   There was no damage to the roof coverings above the noted area and no evidence of moisture intrusion was observed in the attic area above the damaged paint.  Condensation often forms on air conditioning ducts at contact points with framing or insulation and the sagging paint occurred on a wall directly below a duct and a wall intersection.  The conditions observed at the site indicated that the sagging paint on the wall was caused by condensation repeatedly formed on the duct and dripped down on the wall surface and was unrelated to the passage of Hurricane Isaac.

Within the west end of the building, stains and distorted paint and joint tape were noted on the upper and lower portions of the wall and ceiling adjacent to the large stained glass window.  These stains extended to the ceiling surface and within the attic area.  Mr. Janowsky observed dark, concentric stains on the wood framing within the belfry locate directly above the window.  The stains in the belfry occurred directly below the louvered openings at the top of the bell tower and indicated that rainwater routinely entered the interior of the building through the louvers. 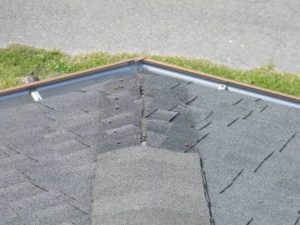 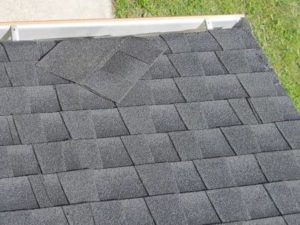 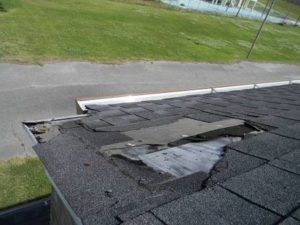 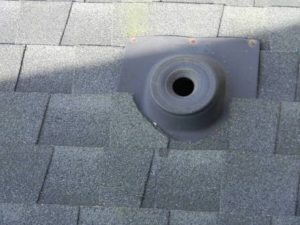 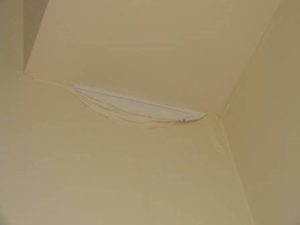 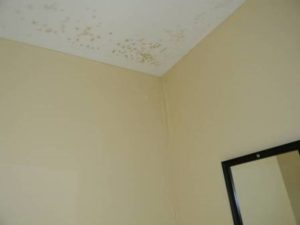 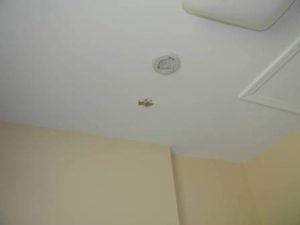 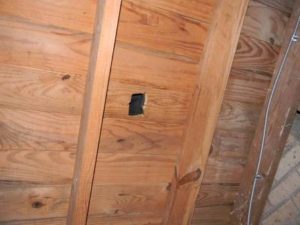 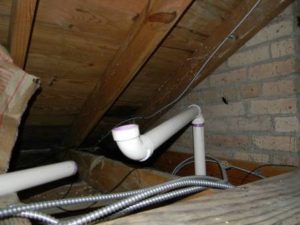 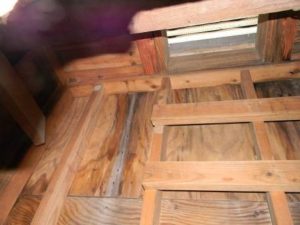 View of dark stains on the wood framing within the belfry at the west end of the building. Note the louvered opening directly above the stains

On October 23rd, The Times-Picayune and The New Orleans Advocate published an article highlighting the U.S. Forensic organization and why it was … END_OF_DOCUMENT_TOKEN_TO_BE_REPLACED

Engineering Career Opportunities in Louisiana U.S. Forensic, a forensic engineering firm providing services throughout the U.S., has full-time and … END_OF_DOCUMENT_TOKEN_TO_BE_REPLACED