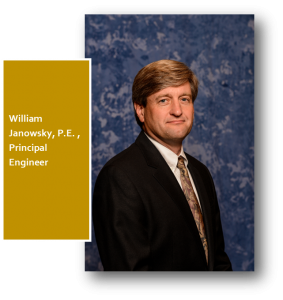 It was reported that a building was damaged during the passage of Hurricane Zeta on October 28, 2020. The building manager stated that wind pressures displaced some of the metal roof eave covering panels around the building. U.S. Forensic was retained to conduct the hurricane damage assessment.  Bill Janowsky, P.E., was assigned to this case.

Mr. Janowsky obtained his Masters degree in Civil Engineering from Tulane University after his Bachelors degree from the University of New Orleans.  He is a registered professional engineer in civil engineering in several states. Mr. Janowsky’s forensic engineering experience includes in-depth condition surveys and damage inspections of residential, commercial, and industrial buildings, docks and marine structures, bridges, and facility components.

In late October of 2020, Hurricane Zeta made landfall on the Louisiana coast near Cocodrie, LA as a category 2 storm.  As part of the hurricane damage assessment, Mr. Janowsky reviewed weather data and confirmed that heavy rainfall and maximum winds of up to approximately 65 mph affected the Kenner, LA area where the subject building was located during the passage of the storm.   The building manager indicated that after the storm, they noticed some of the metal roof eave covering panels were displaced.

During the site visit, Mr. 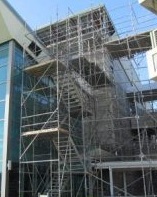 Janowsky observed that the building was a 3-story, steel-framed, commercial structure supported on a concrete slab foundation system. The exterior walls of the building were covered with glass and concrete panels. Also, on the exterior of the building, the undersides of the roof overhangs were covered with metal ceiling panels. The ceiling panels were measured to be 24 inches by 24 inches and were to be secured to the metal building framing with metal T-bars. Textured flanges around the perimeter edges of the metal ceiling panels fit closely into the interior openings of the T-bars. The shape of the angle of the flanges and T-bar provided friction and spring forces to hold the panels in place. Wire security clips provided additional attachment between the metal ceiling panels and the T-bars.

Mr. Janowsky also observed several missing or displaced metal roof eave covering panels on the lower portion of the east and north side of the building.  When assessing the exterior of the upper ceiling level of the building, Mr. Janowsky observed that all the metal roof eave covering panels on the north side of the building were displaced or removed prior to our inspection. There were also several other missing or removed panels on both the east and the west side of the upper level.  Inspection revealed no discernible displacement or damage to the metal T-bar supports around any of the missing ceiling panels, but it was noted that there were no wire security clips present between the ceiling panels and T-bars in several locations. 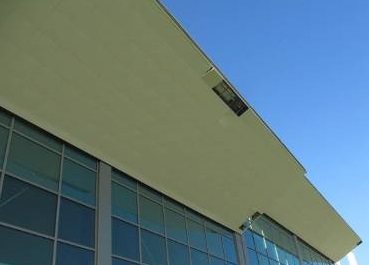 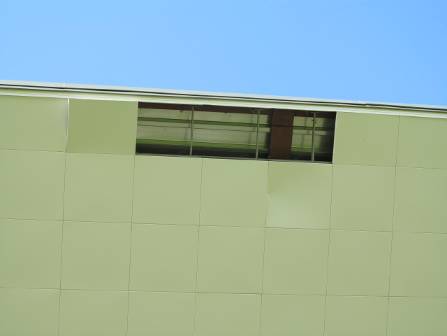 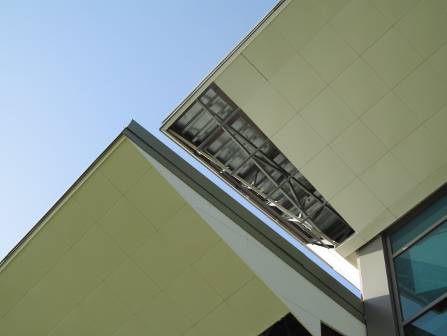 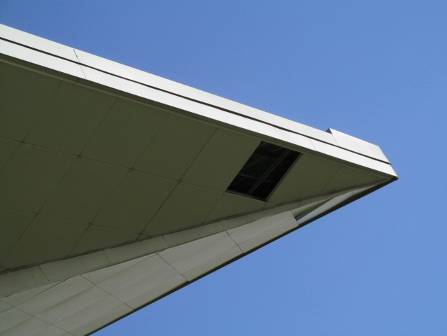 It was determined that the displaced metal roof eave covering panels were consistent with conditions caused by wind pressures and were attributed to the passage of Hurricane Zeta on October 28, 2020.  Review of the available weather information indicated that maximum winds of approximately 65 mph affected the area during the storm, however, the wind speeds were well below those defined in the International Building Code for the location of the structure and would not be expected to cause damage or displacement of properly designed and installed building framing and cladding components.

Available details of the metal roof eave covering panels system at the property indicated that wire security clips were to be installed between the metal ceiling panels and the T-bar supports to provide additional positive restraint for the snap-in panel system during unusual service conditions. Our inspection revealed missing wire security clips in multiple locations in the areas of missing and displaced ceiling panels, but no discernible damage or displacement of the T-bars was noted. 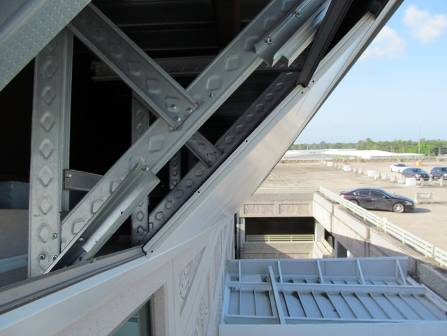 View of missing and removed metal ceiling panels on the west side of the upper level ceiling overhang. Note the absence of damage to the supporting T-bars. 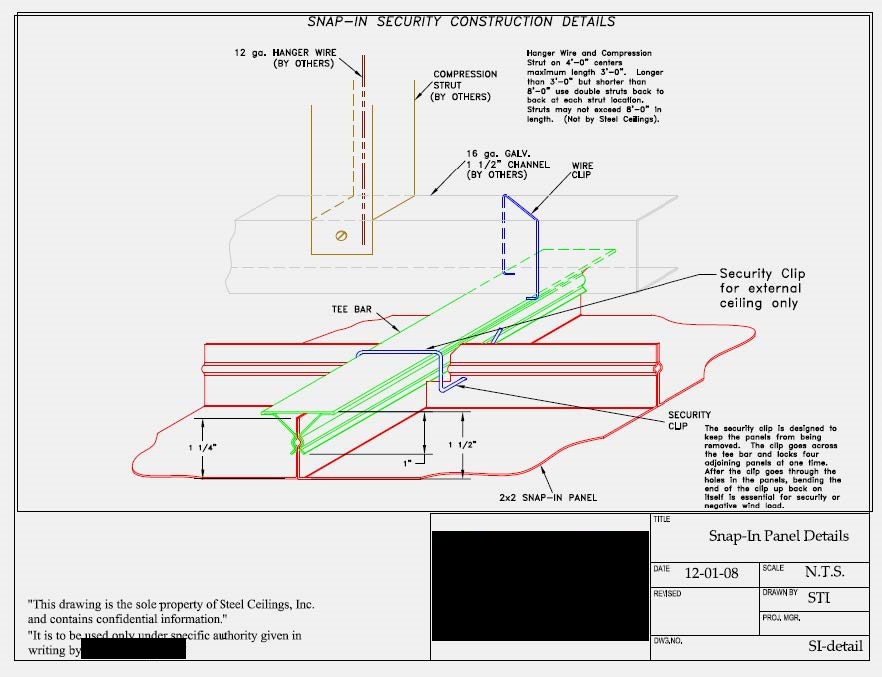 View of a drawing of the support system for the metal ceiling panels.

For more information on similar services, please visit our storm damage assessments page.   If you have a question for one of our experts, please contact us.

On October 23rd, The Times-Picayune and The New Orleans Advocate published an article highlighting the U.S. Forensic organization and why it was … END_OF_DOCUMENT_TOKEN_TO_BE_REPLACED

Engineering Career Opportunities in Louisiana U.S. Forensic, a forensic engineering firm providing services throughout the U.S., has full-time and … END_OF_DOCUMENT_TOKEN_TO_BE_REPLACED