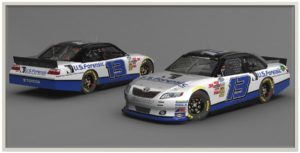 U.S. Forensic is pleased to announce a new partnership with Martin-McClure Racing for the Kevin Whitaker 150 at Greenville-Pickens Speedway. While this is U.S. Forensic’s first time as a primary sponsor in the NASCAR K&N Pro Series East, this isn’t their first experience as a primary sponsor in NASCAR. U.S. Forensic proudly sponsored Martin-McClure Racing owner, former employee of U.S. Forensic, and former NASCAR Xfinity Series driver, Hal Martin, in 2013 at the Virginia 529 College Savings 250 at Richmond International Raceway.

For the upcoming event at Greenville-Pickens Speedway, Hunter Baize will pilot the No.13 U.S. Forensic Toyota Camry. Baize and the Martin-McClure Racing team look to carry the momentum of an impressive top-10 finish in the season opener at New Smyrna Speedway. Veteran crew chief, Chris Carrier, will oversee Baize and the Martin-McClure Racing team at the upcoming event. 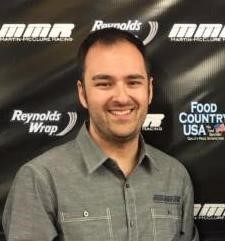 “As a Mechanical Engineer, a former employee of U.S. Forensic, and a former driver representing the company in NASCAR, I have a deep sense of pride as well as obligation for this coming weekend. Upon my graduation from the University of New Orleans in 2009, I joined the U.S. Forensic team working and learning under Michael DeHarde. He and the rest of the U.S. Forensic company supported me as an engineer and later as a driver in NASCAR. Being able to continue my professional and personal relationship with U.S. Forensic is an honor and a privilege.

The racing world is full of engineering. Everything we do at the shop in preparation for each race has its roots in engineering principles. We must pay attention to every detail, knowing that being off on an adjustment, even by a 1/16th of an inch, could stand in the way of a trip to victory lane.

I look forward to another strong finish from Hunter this weekend and another solid team effort from our MMR organization as we continue our full season campaign in the NASCAR K&N Pro Series East.” 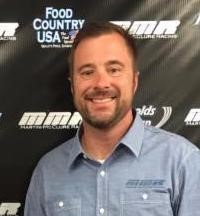 “I am excited that U.S. Forensic, a long-time partner of Hal’s, has decided to join us for the upcoming race at Greenville-Pickens Speedway. As drivers, we remember the days of sponsor acquisition, at-track activation and providing a memorable experience for those who made our jobs, as drivers, possible. As team owners, we have the same determination to acquire sponsors who allow us to do our jobs in our new capacity. It is always a special moment for us when former partners join us on our new endeavor. It speaks volumes to us about our organization and the direction we are headed. I couldn’t be prouder of this opportunity and I look forward to a solid race this weekend.” 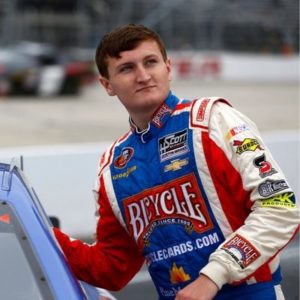 “I’m extremely excited to finally get back to the racetrack this weekend. The hiatus from our top-10 in New Smyrna to now is much longer than ideal, but I’m so ready to be back on the track. Greenville is a really cool racetrack and I’m very interested to see how the corner repave will change how the track drives. We’re also grateful to be representing U.S. Forensic this weekend. They’re a great company, and I’m excited about our partnership. I know my entire MMR team is ready to be at the track, and we’re poised to compete for the win this weekend.”

Martin-McClure Racing is a NASCAR K&N Pro Series team that was created with the objective of providing a competitive, professional NASCAR team for up-and-coming drivers to showcase their talents under the guidance of former NASCAR Xfinity Series drivers Eric McClure and Hal Martin. The race-winning organization is based in Abingdon, VA and housed in the former Morgan-McClure Motorsports complex.

On October 23rd, The Times-Picayune and The New Orleans Advocate published an article highlighting the U.S. Forensic organization and why it was … END_OF_DOCUMENT_TOKEN_TO_BE_REPLACED

Engineering Career Opportunities in Louisiana U.S. Forensic, a forensic engineering firm providing services throughout the U.S., has full-time and … END_OF_DOCUMENT_TOKEN_TO_BE_REPLACED