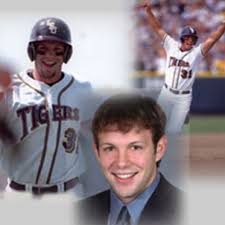 U.S. Forensic is a proud supporter of the Wally Pontiff, Jr. Foundation which helps educate area doctors on genetic heart conditions.  Every year, in honor of #31, LSU baseball hosts the Wally Pontiff Classic to raise money for the cause.  It’s a phenomenal experience with a touching tribute to Wally, and great baseball with LSU going up against in-state rival ULL. 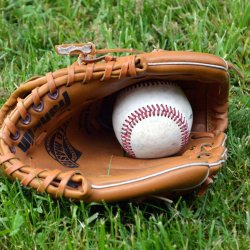 HE WAS CALLED “EVERYBODY’S ALL-AMERICAN” BY HIS HALL OF FAME COLLEGE COACH. HE WAS CALLED A GIFT FROM GOD BY NEIGHBORS, TEAMMATES, FRIENDS AND FAMILY. WALLY PONTIFF JR. WAS BORN AND RAISED IN NEW ORLEANS AND HIS LIFE WAS, IN MANY WAYS, A METAPHOR FOR THE LIFE OF AN AMERICAN BOY. HE LOVED HIS FAMILY, HIS CIRCLE OF FRIENDS, AND PERHAPS ABOVE ALL, HIS FAITH AND HIS BASEBALL. HE WAS A TWO-TIME ALL-STATE PLAYER AT JESUIT HIGH SCHOOL BEFORE HE WENT ON TO PLAY FOR THE 2000 NATIONAL CHAMPIONSHIP TEAM AT LSU. HE PLAYED IN THE PRESTIGIOUS CAPE CODE LEAGUE, AND THEN HE WAS DRAFTED BY THE OAKLAND A’S. WALLY PONTIFF HAD THE WORLD IN THE POCKET OF HIS MITT. THEN, SUDDENLY, HE DIED IN HIS SLEEP AT THE AGE OF TWENTY-ONE. HIS FUNERAL WAS DESCRIBED AS THE BIGGEST THAT MANY HAD EVER SEEN. AS PEOPLE BEGAN TO TALK AND REMINISCE ABOUT WALLY AND THE IMPACT HE HAD ON THEIR LIVES, THE STORIES BEGAN TO EMERGE. HERE WAS A YOUNG MAN WHO TOUCHED MORE PEOPLE DURING HIS BRIEF TIME ON THIS EARTH THAN MOST PEOPLE CAN HOPE FOR IN A FULL LIFETIME.

The Wally Pontiff Jr. Foundation is established in memory of our 21 year old son, student/athlete, whose life was ended unexpectedly. Through many encounters, we have learned that his short life span has touched and influenced many people. We, his parents, would like to donate all money and gifts to charities and non-profit organizations in the community. We feel proud to be honored and his Foundation will help others who are deserving of these funds. We thank you for helping his legacy live on.    -Wally and Terry Pontiff

You can read these and other tributes at the Wally Pontiff Jr. Foundation website.  Tonight’s classic will be held at the Shrine on Airline, Kenner, LA at 7pm.  Join us in supporting this great organization!

On October 23rd, The Times-Picayune and The New Orleans Advocate published an article highlighting the U.S. Forensic organization and why it was … END_OF_DOCUMENT_TOKEN_TO_BE_REPLACED

Engineering Career Opportunities in Louisiana U.S. Forensic, a forensic engineering firm providing services throughout the U.S., has full-time and … END_OF_DOCUMENT_TOKEN_TO_BE_REPLACED