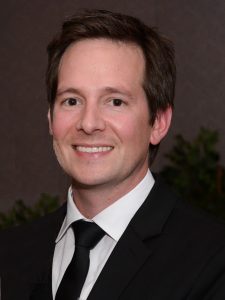 U.S. Forensic was retained to determine the cause of a barn collapse. The homeowner reported that during a snow event, wind pressure caused the structure to collapse. Joel Howard, P.E. was assigned to conduct a failure analysis.  Our client requested that we evaluate the building framing and determine the cause and extent of the damage.

Based on weather reports, the area experienced heavy snowfall over a 2 day period, with snow depths up to 18 inches. A maximum wind speed of 9 miles per hour and maximum wind gust of 24 miles per hour on December 9, 2018. Between the time of the reported snowfall, as well as three days afterward, the wind was reported to travel from the northeast and north direction. There were reports of rainfall following the snow event.

Visual inspection of the accessible wood framing at the collapsed barn area revealed there were localized areas where the wood had experienced section loss consistent with insect exposure. The metal anchors observed at the 2 foundation supports and along the north wall were heavily discolored and had experienced section loss. We noted lengthy areas where the sill plate was not connected to the supporting block wall.

A review of the photographs provided by the homeowner showed there was generally uniform snow coverage on both of the roof slopes. If there was substantial wind pressures at the property, we would expect 1 roof slope, on the windward side, to have less snow depth than the leeward size, but the photographs do not indicate that occurred.

The snow load would add a substantial vertical load to the barn. For example, if we take the horizontal projected roof area (44 feet by 400 feet = 17,600 square feet) and based upon the photographs use an estimated snow depth of 12 inches on the roof, the snow weight would have been estimated at 280,720 pounds. (This load assumed a snow density of 15.95 pounds per cubic foot, which is a local building code design value). Rain would increase the moisture content of the snow and there was also a report of light rain.

Around the time of the reported barn collapse, weather records show the wind traveled from the north direction in the south direction, and the barn generally collapsed in the south direction. The reported wind speeds experienced at the property were well below building code design values. Historical design wind speeds for the subject county around the time the barn was reportedly constructed were 80 miles per hour. Comparing this design wind speed to the reported wind gust speed of 24 miles per hour, the wind pressures experienced by the barn would have been under 15 percent, well under the design value. Our calculations show that for a 24 mile per hour wind, directed perpendicularly toward the barn structure, the effective horizontal wind load for the roof structure would have been approximately 994 pounds total for the entire 400 length of collapsed barn. The wind calculations assumed the barn was an open structure and we did not include wind area for the column support and wall framing.

Our calculations show that the estimated snow load experienced at the property was many times in excess relative to the wind load. The reported wind speeds were well below design wind values for the area, and the reported snow depths were reported as record levels for December in that area. Based upon a description of the structure provided by the homeowner, there were interior support posts spaced at 12 feet on center and the structure was laterally braced at the posts with diagonal bracing. Our inspection of 1 post revealed the connection anchors between the post and the foundation was disconnected due to corrosion of the metal.

The wind load from the north direction would have caused the barn to lean slightly in the south direction and with the snow load on the roof, this created an eccentric loading condition for the posts and the lightly braced barn structure, called a P-delta effect, which led to the collapse of the barn. The majority of the wood framing beneath the metal roof covering was not accessible. However, we noted localized section loss to the wood, consistent with insect exposure, discoloration and section loss to nail fasteners and post and wall anchors consistent with corrosion, and lengthy areas along the north foundation wall, where there was no mechanical connection between the stud wall framing and the supporting block wall. The barn building collapsed due to the deteriorated condition and substandard construction of the framing that was exposed and overcome by the heavy snowfall in combination with minor wind pressures.

View of the south side of the building facing the east direction taken by owner. 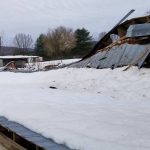 View of the barn facing the west direction taken by the owner. 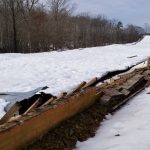 View of the north side of the barn taken by owner. 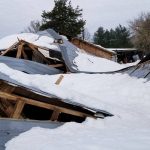 View of a portion of the barn facing the west direction taken by the owner. 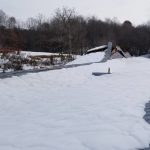 View of the barn facing the east direction taken by the owner. 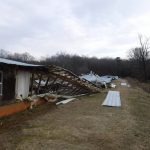 View of the south side of the barn facing the east direction. 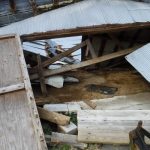 View of the east end wall of the barn. 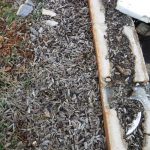 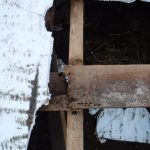 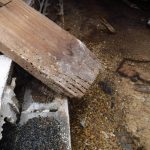 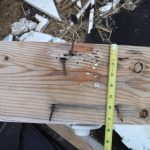 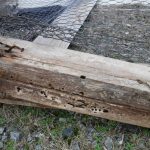 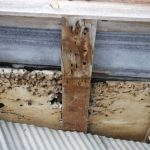 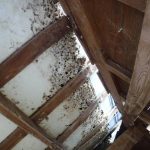 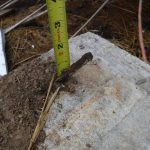 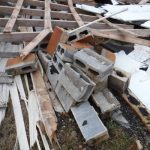 View of the displaced barn framing. 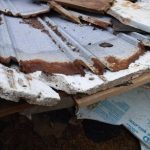 View of the metal roof covering. 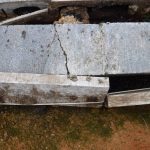 View of the sill plate fastened to the block wall. 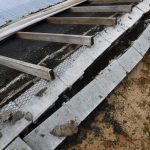 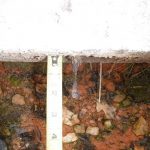 View of the anchor fastener in the block wall. 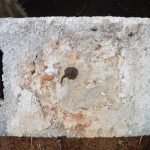 View of an anchor fastener. 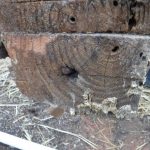 View of a metal anchor embedded in the bottom of a post and detached from the foundation. 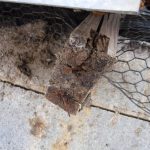 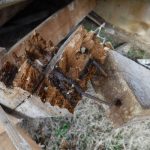 On October 23rd, The Times-Picayune and The New Orleans Advocate published an article highlighting the U.S. Forensic organization and why it was … END_OF_DOCUMENT_TOKEN_TO_BE_REPLACED

Engineering Career Opportunities in Louisiana U.S. Forensic, a forensic engineering firm providing services throughout the U.S., has full-time and … END_OF_DOCUMENT_TOKEN_TO_BE_REPLACED