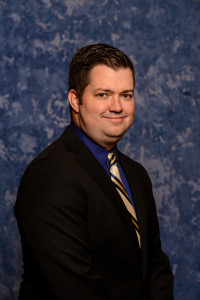 Premises liability is defined as the liability or responsibility of a property owner for injury or harm that occurs to a person while the person is on the property. There are many potentially hazardous conditions that can cause harm to an individual while on the property of another including uneven walkway surfaces, standing water or spilled liquids on walkway surfaces, insufficient lighting, open excavations, and loose guardrails. Many conditions are considered hazardous because they involve increased likelihood of a person slipping, tripping, and/or falling. According to the

National Safety Council (NSC) publication NSC Injury Facts 2011, “Falls are one of the leading causes of unintentional injuries in the United States, accounting for approximately 8.9 million visits to the emergency department annually.”   It is estimated that injuries and deaths resulting from falls account for hundreds of billions of dollars per year in damages to the injured, deceased, or the families of the deceased. Falls are also the predominant injury mechanism in public facilities. There is a huge exposure of risk because for every step of every human there is a potential of a slip, trips, and/or fall. The good news is that the risk is considered to be very controllable given the proper attention. It is the duty of property owners to exercise proper care of the facility to ensure the safety of guests, which includes controlling the conditions of walkway surfaces to minimize the potential of slips, trips, and falls.

Controlling the Risk of Slip and Fall Events

Human ambulatory mechanics, or gait dynamics, refers to the physics involved with how people walk. It is impossible for a property owner to control how visitors to the property walk. It is also highly unlikely that a property owner will be able to control the types of shoes worn by visitors. However, it is possible for an owner to exert reasonable control over the presence of contaminants on a walkway surface and to institute and maintain procedures for the timely removal of contaminants to reduce the likelihood of a slip and fall event. Additionally, a property owner can select walkway surface materials that have better slip resistance properties for use in areas of increased risk. For example, it is not prudent for the owner of a nursing home to choose to have marble or glazed ceramic floor tiles in the corridors of the facility due to the inherently poor slip resistance values of those materials when wet. In most cases it is far less expensive for a property owner to remove, replace, or modify an existing unsafe walkway surface than it is to pay for a single injury claim due to a fall event.

Forensic engineers use tribometers, or slip meters, to measure the available slip resistance of walkway surfaces. There are a variety of tribometer types available including drag sleds, pendulum devices, and articulated strut devices. Drag sleds are devices with a specified heavy weight that are placed on a surface and then pulled horizontally to determine the friction between the bottom of the sled and the walkway surface. One drawback of drag sleds is that they only measure the dry static coefficient of friction, which is not very meaningful in the context of slips and falls because most slip and fall events occur on wet walkway surfaces. Additionally, drag sleds offer little “biofideility”, a term used to describe properties that simulate human gait mechanics including the heel contact of leading leg when walking. Pendulum devices also offer very little to no biofidelity. Articulated strut devices, such as the English XL VIT (Variable Incidence Tribometer), are highly preferred over other types of tribometers because they measure wet slip resistance, are portable, and include a variety of features that simulate human ambulatory mechanics including heel contact of the leading leg when walking. The biofidelity of the English XL VIT tribometer allows a forensic engineer certified in its proper use (“CXLT” certification) to obtain meaningful slip resistance values of walkway surfaces to help property owners ensure the safety of visitors and provide walkway surfaces with sufficient slip resistance to reduce the likelihood of slip and fall injuries.

On October 23rd, The Times-Picayune and The New Orleans Advocate published an article highlighting the U.S. Forensic organization and why it was … END_OF_DOCUMENT_TOKEN_TO_BE_REPLACED

Engineering Career Opportunities in Louisiana U.S. Forensic, a forensic engineering firm providing services throughout the U.S., has full-time and … END_OF_DOCUMENT_TOKEN_TO_BE_REPLACED